The Story Behind Mr. Science Fair: 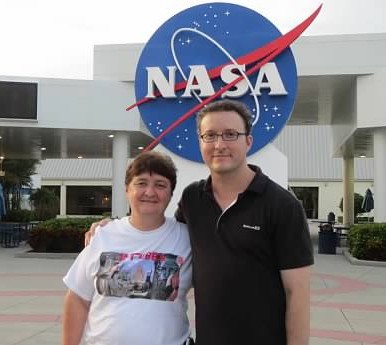 Barnas and his mom Pat, at NASA

Mister Science Fair is a website and blog dedicated to all things science fair. Mister Science Fair is a venture designed to promote and improve science fair projects and is not being done for profit*.  The goal of the site is to promote student participation, encourage parent/teacher groups to start new fairs, and provide best-in class information and data for fair administrators to improve their practices.

The site was conceived in 2011, and developed in 2012 as a free resource for students, parents and teachers, who want access to credible, quality information about science & engineering fairs.  Over many months, Mr. Science Fair.com has grown in both scope and content, and is now just about ready to be unveiled to the world.

At its core Mr. Science Fair is a mother-son team comprised of Barnas Monteith and Pat Monteith, who have been working on media projects together for over 30 years, and have both been involved in the science fair world for over 20 years.  From about age 5 through 11, Barnas worked for his mom as a children’s show host at radio station WUMB-FM — a non-commercial station founded by his mom, as the last FM channel in Boston (and one of the last availble in the East coast of the US).  Pat produced, and Barnas hosted Children’s Radio Space — a show which over the course of several years won national media awards for content, creativity and reach.  Pat grew the station from a small closed circuit station on the UMass Boston campus to an 8 station network, with hundreds of thousands of regular listeners throughout all of New England, and worldwide via the internet.

Barnas grew up with a fascination for dinosaurs, chemistry and computers, and his mother encouraged and fostered those interests.  What came out of that interest was a penchant for science inquiry which led Barnas to win 1st place at his middle school science fair two years in a row.  As a result, although his town did not hold a regular high school science fair, his teachers encouraged him to enter the local and state science fair circuit, on a project which involved his main scientific interests.  4 years later, Barnas became known as the top science fair winner in all of Massachusetts history, and one of the top winners in the history of the country, with four MA Region V 1st Place Awards, four 1st Place MA State Science Fair awards, two 1st Place Grand Awards from the International Science & Engineering Fair (ISEF), the U.S. Naval Science Award, the European Youth Science Award, the Edison Award, the Nynex Science & Technology Award, as well as a dozen other special science & engineering awards & scholarships throughout the world. 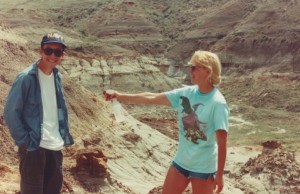 Barnas, on a paleontological dig in Montana, during high school years, being shot with a water spray bottle, while researching for his science fair project

Over the course of the next 15+ years, Barnas has continued to volunteer with his mom to promote the importance of science fairs.  Both have served on numerous committees to enhance public science inquiry education, and to assist fairs as judges, mentors and workshop/conference speaker/organizers.  For the past 5 years Barnas has served as Chairman of the Massachusetts State Science & Engineering Fair, and as Co-Chairman of the Public Awareness committee on the inaugural Governor’s STEM Council, as well as a member of the MA Dept of Education’s Math & Science Advisory Council, among various other appointments and committee memberships relating to STEM.  Additionally, Barnas has been involved in the startup and management of a number of companies in the world of science & engineering, including software, healthcare, diamond synthesis, semiconductors, renewable energy and now educational publishing.  Pat has served as an advisor to a number of these ventures as well. 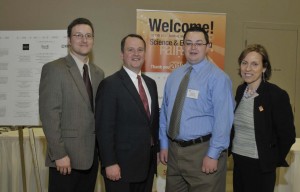 Barnas Monteith, Chairman of the MA State Science & Engineering Fair, and member, Governor’s STEM Council, along with Lt. Governor Tim Murray and colleagues from the fair

Barnas has spent the past several years traveling though Asia to learn more about science inquiry in the world’s largest and fastest growing economy.  Through our years participating in, administering, advising, judging, enhancing and learning about science fairs, both in the US and abroad, we have come to realize what it takes to teach others the best practices and future direction of science fairs “inside & out”.

Now, Pat and Barnas have teamed up to bring the world MisterScienceFair.com — a site which we hope with your help, will become the ultimate resource for science fairs across the globe.  Although we hope members of this site will be more competitive in their science fair pursuits, we believe the most important thing is finding a topic of science/engineering that interests you.  Along with our friends and other MisterScienceFair collaborators, from different nations, we hope to offer a platform for collaboration, learning and fun for everyone.

* NOTICE: Mister Science Fair, and affiliated Institute for Science Inquiry Education Research & Advocacy, have not yet been issued 501c3 status by the IRS.  Currently we are not accepting monetary donations.  We ask that you support our advertisers, and our various products such as books, mugs and shirts, and if possible, help us through in-kind and volunteer support.

Lloyd Berkner (1905-1967) was born on this day in 1905. Berkner was a physicist and engineer who investigated the development of the Earth’s atmosphere and was the first to measure the height and electron density of the upper atmosphere – the ionosphere. This lead to an understanding of radio wave propagation and helped to develop radar systems, including the construction of the Distant Early Warning system in the 1950s in the event of a missile attack on the U.S.